India, a land diverse in terms of culture and religions, is home to many beautiful historical properties that draw thousands of visitors from around the world. A world of new discoveries awaits you right here in our own country. Before you set off on this exciting adventure, you’ll need to consider a few essential things. 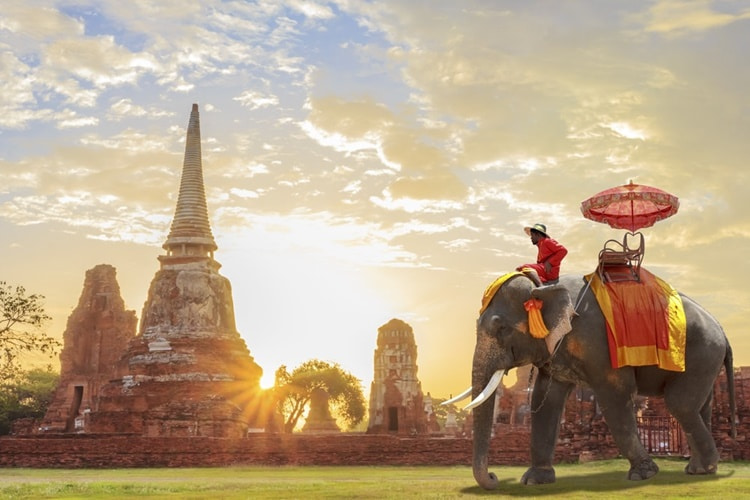 You guessed it- travel insurance. India based insurance companies offer a range of options suited for every budget and need. Travel insurance can help you recover from any untoward incidents that might come in the way of your trip.

Here are some historical places that you must add to your list.

Located in Jodhpur, Mehrangarh is one of the largest forts in India. It is constructed at the top of a 410 feet elevated hill and is guarded by huge walls. Rao Jodha built it in the year 1459. Each gate was constructed at different times and for a specific purpose. The fort has a museum that exhibits the various belongings of the royal family.

Famous for intricately carved sculptures and statues that have inspired the Kama Sutra, Khajuraho Temple is located in the small town of Khajuraho. This cluster of Hindu and Jain temples constructed by the Chandelas reflect respect and reverence for the diverse religions during that time.

All the temples, except one, face towards the east and glimmer at the break of dawn. Your travel experience depends to a large extent on the type of travel cover you have.

The capital of Emperor Jalaluddin Akbar, Fatehpur Sikri stands as a vivid memory of the Mughal era. It has the Buland Darwaza, which is known to be the biggest gateway in the world. The fort was home to famous Sufi saint Salim Chisti, who prophesied the birth of a male heir to the kingdom.

Dedicated to Surya the sun god, the Konark Sun Temple was constructed in the 13th century. The quintessential architecture of Orissa reflects a massive chariot with sumptuously engraved stone wheels, pillars and walls along with great Khandolite rocks. It was constructed by Narasimhadeya I of the Eastern Ganga Dynasty.

The city of ruins, Hampi is situated in the shadowed depths of hills and valleys in the state of Karnataka. It is believed that Lord Ram and his brother visited the place while searching for Sita. It is surrounded by 500 ancient monuments, beautiful temples, bustling street markets, bastions, treasury building and other remains of the Vijayanagar Empire. With travel insurance India’s incredible heritage may become an even richer experience for you.

Constructed by Quli Qutb Shah, Char Minar is known to be one of the important sites of Hyderabad. The first four minarets are believed to be standing for the first four khalifas (Prophets) of Islam. The structure was intended to serve as Madrasa or a Mosque.

One of the most fascinating historical places in India, Ajanta and Ellora Caves in Aurangabad are an example of outstanding craftsmanship. Each carving on the walls is hand-made with intricate design and artwork.

As you browse through the images of these majestic world heritage sites, also spend some time exploring travel insurance online to ensure that your trip is safe.

You can also check out Pocket Insurance by Bajaj Finserv for affordable travel insurance for specific needs. Whether it is a Trek Cover, Pilgrimage Cover, Road Trip Cover, you can take advantage of customized and affordable insurance plans that provide protection from a range of travel risks you may while travelling.

Next Post Why Is It Important To Maintain Your Double Glazing Excellently?